Ochheuteal Beach, known as UNTAC Beach in the early 1990s and it is now the most popular in Sihanoukville, offering the full spectrum of beach venues from upscale hotels and dining to laid-back budget beach bars and bungalows.

It may be difficult to pronounce, but the name certainly hasn't put people off the longest and most popular beach in Sihanoukville. Many actually know Ochheuteal beach as Serendipity, which actually refers to the western patch of sand.

Much of Occheuteal is dedicated to food stalls and small bamboo bars, but the southern stretch is largely deserted, save for a development project, including a golf course, which has seemingly been under construction forever.

Ochheuteal is long, sandy and narrow, with 'Serendipity Beach' at the northern end, a golf-course development at the southern end, and a cluster of mid-range hotels and restaurants near the MP base in the middle. Grass umbrellas, rentable beach chairs and little drink huts line the beach from one end to the other.

It offers several nice hotels including the Seaside and Crystal, the mid-range Holiday, as well as some of Sihanoukville's better seafood restaurants, (Sea Dragon, Susaday, Sunshine and Les Feuilles), within walking distance of the hotels. Further south along the beach in front of the golf course develop-ment, a number of budget traveler/backpacker oriented bar/restaurant/beach hangouts have sprung up offering chairs, umbrellas, drinks and a chill-out atmosphere.

At Ochheuteal's extreme northern end, Serendipity Beach' is the only beach in Sihanouk-ville to offer bungalows and guesthouse rooms right on the sand. Over the past two years Serendipity's popularity has grown exponentially, as have the number of bungalows, hotels, and restaurants. The beach now offers several mid-range and budget places including Coasters' well-known bungalows, Uncle Bob's 24-hour restaurant and budget rooms, and The Beach?s mid-range rooms. There are also places popping up on the hill just above the Serendipity such as Diamond Guesthouse and closer to the traffic circle, Sanctuary Bar and Guesthouse. To get to Serendipity Beach follow Ekareach Street straight through the Golden Lion Traffic Circle and UP and over the hill. 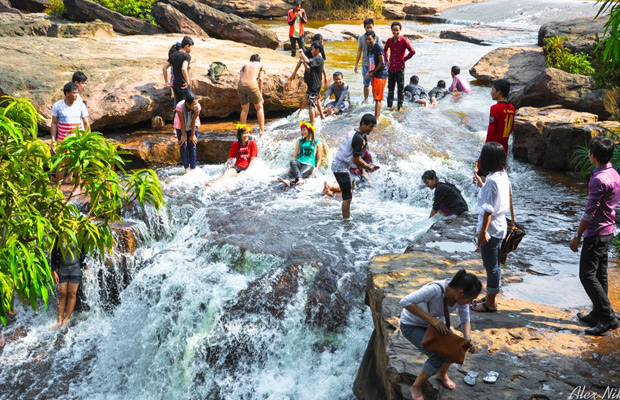 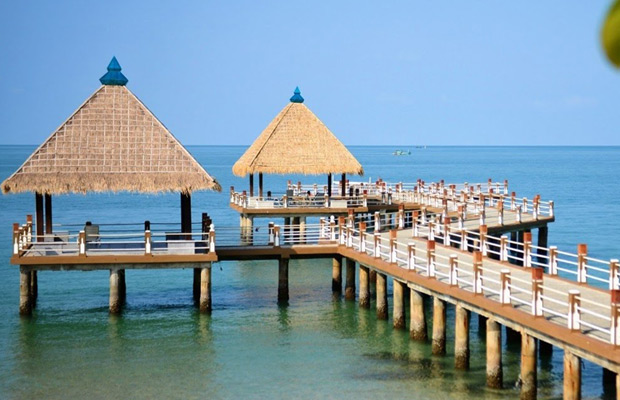 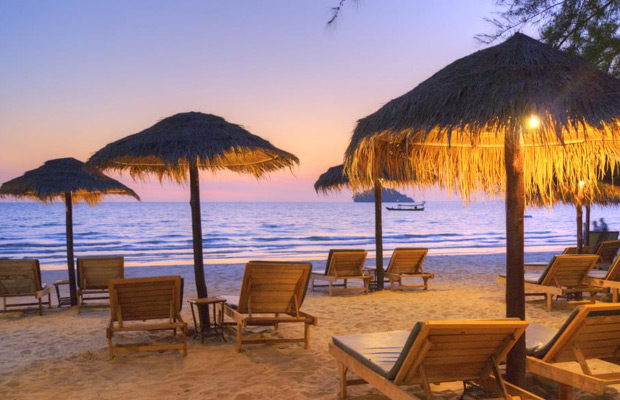 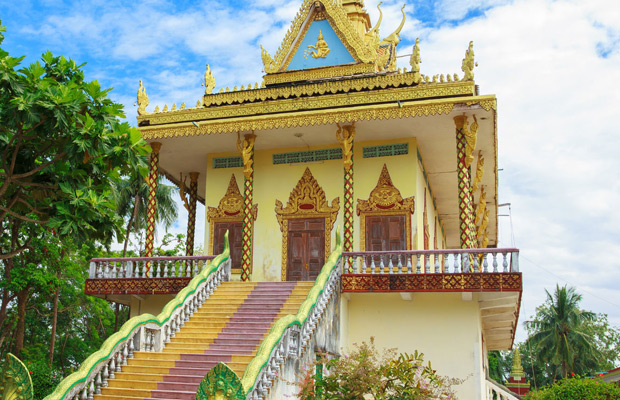 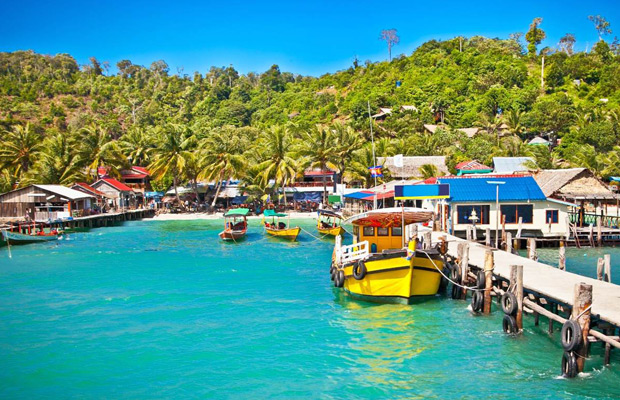 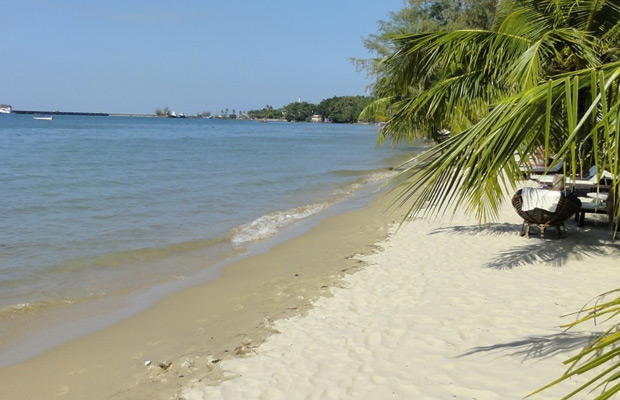